By late Monday night, the House of Commons will have five new MPs.

In Toronto, Markham-Thornhill opened up when John McCallum left cabinet earlier this year. The same happened in Montreal’s Saint-Laurent riding when Stephane Dion bowed out of political life. In Ottawa-Vanier, the death of Liberal MP Mauril Belanger triggered the race.

WATCH: The rough road to the Saint-Laurent byelection 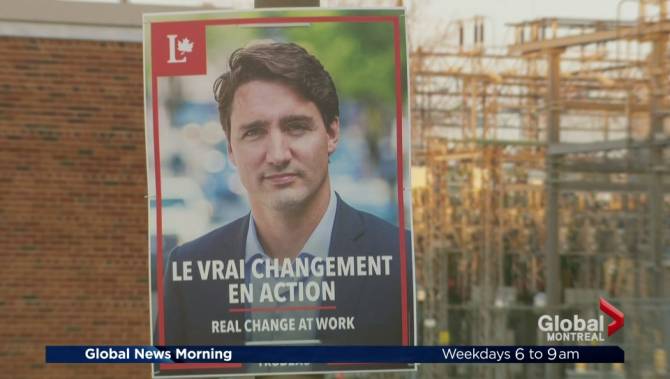 Finally, there are the two Calgary-area ridings, once held by Jason Kenney, who jumped to provincial politics, and former PM Stephen Harper.

Whoever wins these seats, the House will see a generational shift of sorts, as newcomers replace the old guard in Ottawa.

The road to the polling station hasn’t been smooth, especially in the ridings currently held by the Liberals.

Prime Minister Justin Trudeau came under fire late last month for campaigning in the byelection races. The opposition Tories said it created questions about who is paying for the visits and puts public servants in a tough position.

There were also questions surrounding the Liberals’ refusal to allow a borough mayor to run for the nomination in Saint-Laurent, followed by a stunning upset. Emmanuella Lambropoulos, a 26-year-old high school teacher, bested former Quebec cabinet minister Yolande James for the nomination.

And finally, over the weekend, the National Post reported on potential rule-breaking behaviour by the NDP in Ottawa-Vanier, where a third-party organization was allegedly provided with guidance and research assistance as it worked in support of the local NDP and Green candidates.

Chance of an upset?

Most experts and pollsters agree that there’s little chance one or more ridings will swing to a different party. The Ottawa-Vanier seat has been held by a Liberal MP since it was created in 1935, so an upset there would be unprecedented.

Seeing the Calgary strongholds swing away from the Conservatives is also unlikely, but slight movement up or down for the major parties in each of the ridings — especially McCallum’s coveted GTA riding — could prove interesting.

WATCH: Do Liberals stand a chance in byelections in historically Conservative Calgary? 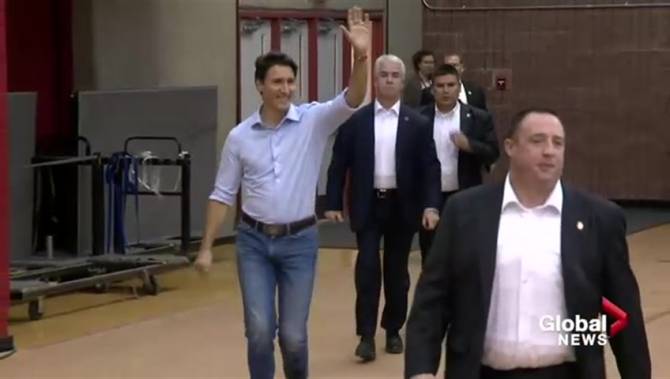 With the government nearly 18 months into its mandate, results of Monday’s races could provide a midterm report card. If the Liberals lose ground in any of their strongholds, it could indicate trouble ahead for Team Trudeau. But the opposite could be true if the Liberals make a stronger than expected showing in Alberta.

The NDP, meanwhile, have been pushing hard to make gains in Ottawa in particular, telling the Canadian Press they are being realistic.

“We’re not expecting a major upset, but at the same time … there are lots of folks feeling that the government has taken them and their support for granted,” said Robert Fox, national director of the NDP, who said the Liberals’ broken promise on electoral reform is getting some traction.

A recent poll conducted on behalf of Global News for Ipsos Public Affairs revealed that if a federal election were held tomorrow, Justin Trudeau’s party would again form government. That said, the poll also suggested that Trudeau himself has seen a slide in his approval ratings.

In addition, extremely low approval ratings for Kathleen Wynne’s Ontario Liberals could rub off on her party’s federal cousins as people head to the polls.

“Something people who watch the political tea leaves will be looking to see, is if there is any impact the provincial numbers may be having on federal ridings,” said Greg MacEachern, a former Liberal strategist who is now at lobby firm Environics Communications.

If you are a resident of one of the five ridings, click here to find out more about where and when to vote today.

— With files from The Canadian Press