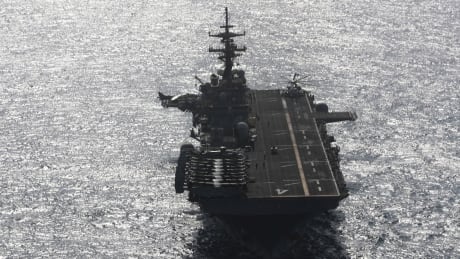 A U.S. warship on Thursday destroyed an Iranian drone in the Strait of Hormuz after it threatened the ship, U.S. President Donald Trump said. The incident occurred on the same day Iran said its Revolutionary Guard seized a foreign oil tanker and its crew of 12 for smuggling fuel out of the country.