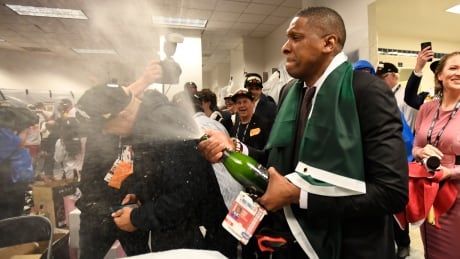 U.S. authorities will push for a battery charge against Toronto Raptors president Masai Ujiri after the executive was accused of pushing and hitting a sheriff’s deputy in the face as he tried to get onto the court when his team won the NBA title in Oakland, Calif., a police spokesman said Friday.