Air Canada and the well-known Aeroplan loyalty program will part ways in mid-2020, but the airline says customers can continue redeeming Aeroplan miles for Air Canada flights even after the new program is in effect.

That’s little consolation for shareholders in Aimia, the parent company of Aeroplan. Aimia’s common shares fell almost 63 per cent on Thursday to close at $3.33 on the TSX. Air Canada shares gained more than 10 per cent to reach $16.46. 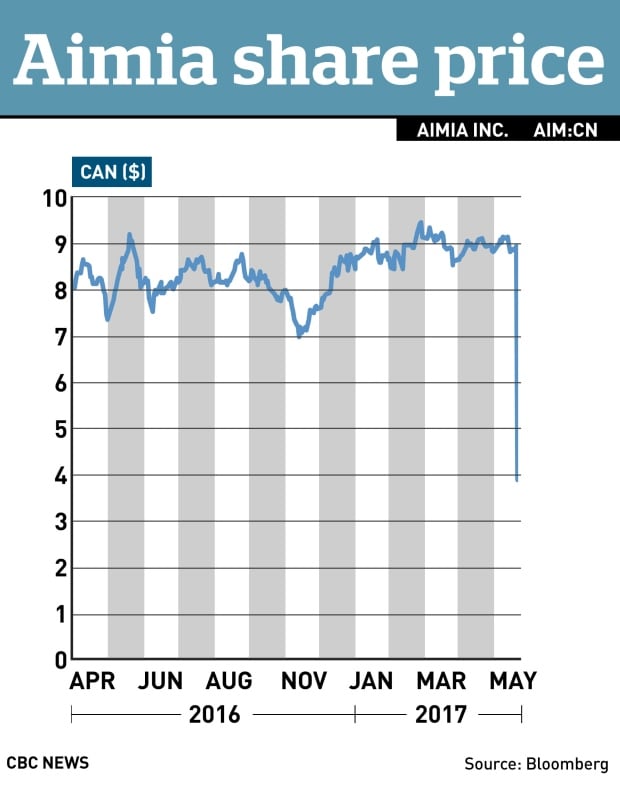 In a press release announcing its first-quarter earnings Wednesday night, Aimia hinted that a break-up was on the way.

“Aimia and Air Canada have been engaging in discussions and the tenor of the very recent discussions leads Aimia to the belief that Air Canada does not currently intend to renew its partnership with Aeroplan on its expiry in June 2020,” said the press release.

“For the next three years, Aeroplan will continue buying seats from Air Canada to provide rewards to its 5 million members,” it said.

Existing Aeroplan points can still be used for purposes other than booking flights, such as hotels and gift cards, according to an Aimia spokesperson, and Aeroplan plans to let customers redeem points for those purposes after 2020.

As of June 30, 2020, miles earned from Air Canada and Star Alliance bookings will go towards points on Air Canada’s new program, according to Air Canada’s press release. Any existing Aeroplan points will remain in Aeroplan customers’ accounts.

According to an explanation on the Air Canada website, Air Canada “expects to continue making Air Canada flights available for Aeroplan redemption.” Those redemptions will be offered under “pricing competitive with other third-party rewards programs,” said the airline.

After Air Canada’s new loyalty program launches, however, Aeroplan points will not be eligible for rewards with Air Canada’s Star Alliance partner airlines, which include United Airlines, Air China, Lufthansa, and others.

Aeroplan points cannot be converted into Air Canada’s new loyalty program, the name of which has not yet been announced. Air Canada said it will offer “enrolment bonuses and incentives for new members as well as existing Aeroplan members when we launch our program.”

“Doing the right thing for Air Canada’s customers throughout this transition period will be our guiding principle,” Air Canada’s CEO Calin Rovinescu said. The airline said it will unveil more details about its new loyalty program to investors on Sept. 19.

“We still believe that a renewed contract between Air Canada and Aimia would be the best outcome for shareholders of both companies,” Johnston said.

“Having said that, we’ve anticipated that this is one of the things that could happen, and we’ve been well-prepared for this. We are taking action to protect our company and protect our shareholders, and also we’re obviously working on a range of alternatives.”

We know you likely have questions about our partnership with Air Canada. Read more here: https://t.co/MSfy95TP5B

Johnston said Aimia’s relationship with Air Canada would be “business as usual” over the remaining three years of their contract, and that Aeroplan members’ miles would be “safe.”

Air Canada launched Aeroplan in 1984, but the program has been completely owned by Aimia as of 2008, when Air Canada sold its last shares in Aimia.

In a note to clients Thursday morning, TD Securities analysts Brian Morrison and Meaghen Annett characterized the end of Aimia’s partnership with Air Canada as bad news for Aimia.

“Clearly, at this time, there is no way to summarize last night’s announcement with respect to Air Canada as anything other than negative,” wrote the analysts.

“Hence, the departure of the airline partner will reduce the attractiveness of the program and potentially lead to a substantial decline in members,” the analysts wrote.

Analysts Drew McReynolds and Jeffrey Lau of RBC Capital Markets wrote that the break up with Air Canada will “weigh on” Aimia stock during the transition period, but noted that Aeroplan still has “contractual relationships with TD and CIBC that run through 2024.”