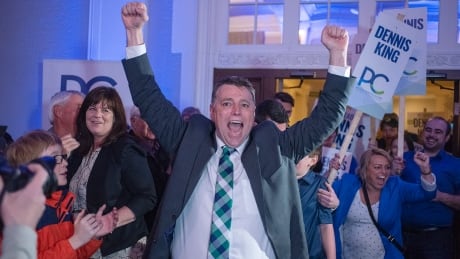 With all the votes counted, P.E.I. Progressive Conservative Party under rookie Leader Dennis King emerged victorious in Tuesday’s election by a narrow margin — after 12 years as the Official Opposition, the party won in 12 districts to the Greens’ eight and the Liberals’ six. Fourteen seats are needed for a majority.