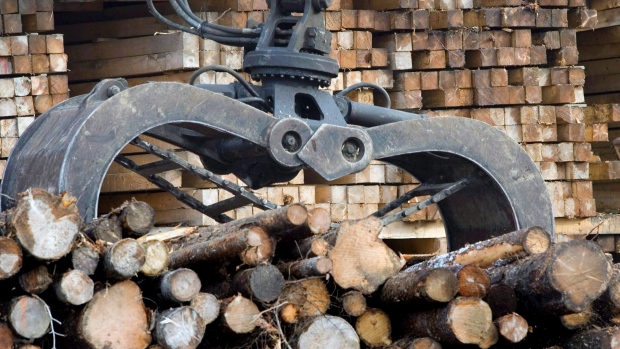 The opening shot in a fifth softwood-lumber war between the United States and Canada is expected this week, and policy-makers north of the border are preparing to calculate the potential damage of American duties.

The U.S. Commerce Department is likely to announce Tuesday the first of two anticipated duties on Canadian softwood, which would be applied on Canadian imports as they were in disputes in the 1980s, 1990s, and early 2000s.

Canada’s central bank cited in its latest policy review uncertainty in lumber as a reason behind increased prices, and a slowdown in shipments; its governor said Saturday the impact would become easier to gauge after the specifics of duties became known.

But parts of the country would feel the effects, Stephen Poloz said.

“If there’s going to be some sort of countervailing duty that raises the price of Canadian lumber — chances are that’s going to cause lower exports. It would make U.S. lumber more competitive, relatively speaking,” the Bank of Canada governor told reporters during international financial meetings in Washington.

“It is an important business for Canada. It’s got a lot of employment in it. It’s geographically diverse. So it matters.”

Lumber isn’t the only Canadian industry bracing for potential U.S. action. President Donald Trump has complained about that industry, plus dairy, and energy. Next week, Trump will release his proposals for tax reform — it’s not yet clear whether he will favour a kind of import tax.