One of Prime Minister Justin Trudeau’s newest Senate appointees is condemning the Indian Act and calling for a fundamental rethink of First Nations governance, pointing to his own community’s success story as a model for other Indigenous peoples to follow.

Independent Nova Scotia Senator Dan Christmas, the first Mi’kmaq member of the Senate, said the 141-year-old legislation condemns Indigenous communities to a lifetime of poverty and dependence by holding back economic development and entrepreneurship.

“The point I’m making is a very stark one: Life under the Indian Act is a horrible and unproductive existence whose ultimate destiny is insolvency and ruin, both economically and emotionally,” the senator from Membertou First Nation on Cape Breton Island said in his maiden speech in the Red Chamber last week.

In an interview with CBC News, Christmas said his community was in dire straits after decades of control by government agents and bureaucrats working in what was then called the Department of Indian Affairs — people, he said, who “literally and absolutely” controlled all aspects of life on reserve.

“We had no choice whatsoever but to constantly seek permission to build our own houses and we had to beg — and without success, I might add — to get some sort of self-determined control over education funding.

“Pretty much our only service was the provision of social assistance, the writing out of welfare cheques every two weeks,” he said.

‘This colonial, prescriptive, paternal, destructive, racist and discriminatory act turned its back on the Mi’kmaq Nation’
– Senator Dan Christmas

In the 1980s, the federal government recommended the community get into the pipe manufacturing business to generate cash, a failed plan that left Membertou in debt and on the verge of bankruptcy.

“I recall the awful feeling of seeing people in my community walking with their heads down. Their community was poor and without any prospects, any hope for improvement, for us or for our children.”

After some cajoling and leadership by Membertou’s chief, Terrence Paul, and Bernd Christmas, the first Mi’kmaq lawyer called to the bar in Canada, the community threw off the yoke of the Indian Act in the late 1990s by essentially ignoring major provisions of the act — and began making their own business investments on reserve.

The leaders tapped Dan Christmas to serve as a senior adviser, overseeing day-to-day operations of a community in transition.

Christmas said officials in Ottawa didn’t like Membertou “upsetting the whole apple cart. The big impediment was the Indian Act, which is designed to keep First Nations isolated, segregated and in poverty, so we don’t interact with the mainstream Canadian economy.

Membertou was an early agitator — along with other business-oriented reserves like Whitecap Dakota First Nation in Saskatchewan and Westbank First Nation in B.C. — pushing Ottawa to allow some First Nations to overlook portions of the Indian Act.

Membertou got its financial house in order, Christmas said, paying down debt and “forging a new economic frontier” by generating substantial revenue through development of a commercial fishery and the construction of a convention centre and hotel, bingo hall, sports complex, gas station, shops, and soon a bowling alley, throwing open the doors to non-Indigenous members of the local community.

“This colonial, prescriptive, paternal, destructive, racist and discriminatory act turned its back on the Mi’kmaq Nation. We determined that in order for us to survive, to build an economy and to restore our nation and our community, we had to turn our back on the Indian Act,” Christmas said.

At issue for all enterprising First Nations are sections of the Indian Act that can make it an arduous task to obtain financing; mortgages are all but prohibited because the land is actually held by the Crown in trust.

So Membertou turned to the non-profit, Indigenous-run First Nations Finance Authority to tap the bond market and raise money, despite opposition from Ottawa.

‘When communities are ready, willing and able to get out from under the Indian Act, we need to do that and give that assistance as quickly as we can.’
– Indigenous Affairs Minister Carolyn Bennett

When the community’s chief set out to build the convention centre, regarded as Membertou’s flagship operation, the Department of Indian Affairs sent a letter to say it would forbid the community from taking on such a financial burden. “The chief said ‘OK, that goes in the garbage,’ and we built it despite their objections,” Christmas said.

“We weren’t about to ask anyone’s permission about matters of our own future ever again. The days of poorhouse begging for scraps were over.”

Changes were made to the Indian Act in 1999 with the introduction of the First Nations Land Management Act (FNLMA), which allows eligible First Nations to opt out of 34 land-related sections of the legislation to develop their own land codes and independently govern their reserve lands and resources.

These provisions have so far allowed 57 reserves to leverage their land to obtain financing to build businesses. 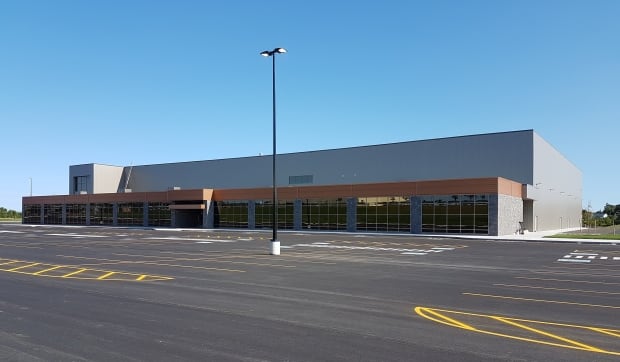 Indigenous Affairs Minister Carolyn Bennett has said FNLMA is a “good news” story for her department.

“When communities are ready, willing and able to get out from under the Indian Act, we need to do that and give that assistance as quickly as we can,” Bennett told the Senate’s Aboriginal peoples committee recently.

While some communities have been reluctant to leave parts of the Indian Act behind, Bennett had a clear message: “Try it; I think you’ll like it.”

In 1995, Membertou had just 37 employees and a $1-million annual operating deficit. Now, the community is the third-largest employer in the Cape Breton Regional Municipality, employing 500 people, half of whom hail from outside of Membertou — now an economic powerhouse in a part of the country that has faced serious economic challenges since the closure of the region’s government-owned coal mines and steel plant at the start of the millennium.

Membertou generates tens of millions in revenue each year and routinely posts multimillion-dollar budget surpluses. And it’s not just about money — educational outcomes for children on Membertou have improved dramatically. 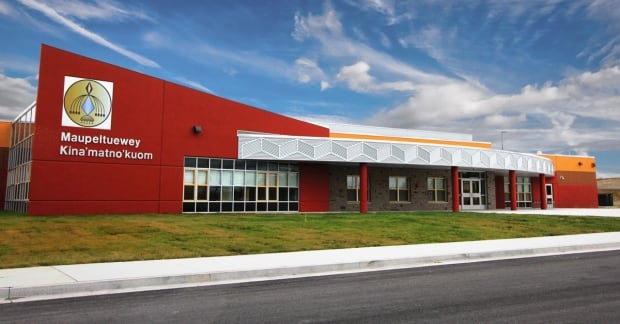 The community’s elementary school, Maupeltueway Kina’matno’kuom, opened in 2014. Membertou has been praised for its focus on Mi’kmaw culture and language. (Membertou First Nation)

Christmas said other communities can follow Membertou’s lead by prioritizing education and taking a “practical” approach to development.

“Some communities really feel the way of the future is solely rights, land claims, modern-day treaties and self-governance … but it’s a very time-consuming, maximum-effort, intense process that takes a long time to bear fruit.

“If you’re sitting on your hands waiting for the government you could be doing that for a long time … I believe in pursuing community prosperity incrementally,” Christmas said.