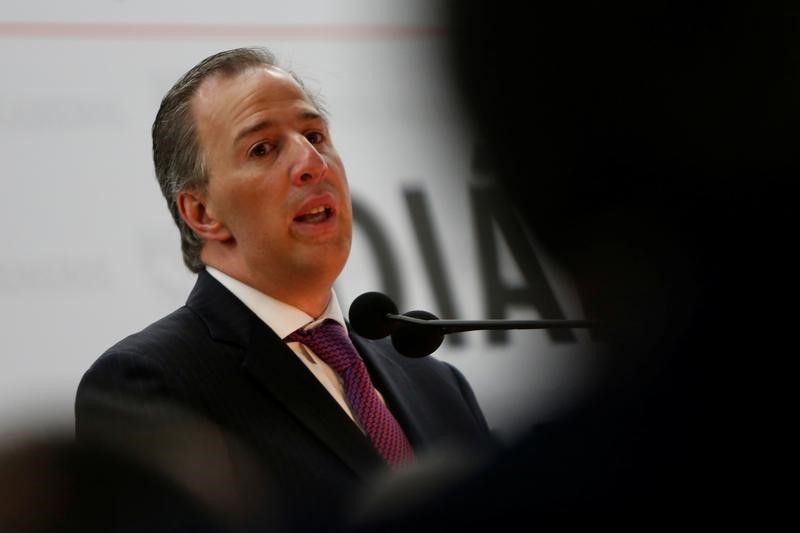 Speaking at an event in Washington, Meade added that Mexico has been grappling with challenges related to the exchange rate because of uncertainty over U.S.-Mexico relations.

Meade said he was hopeful a good agreement could be reached with the United States as the countries gear up to renegotiate NAFTA.

Uncertainty over the future of NAFTA has dampened expectations for the Mexican economy.

Disclaimer: Fusion Media would like to remind you that the data contained in this website is not necessarily real-time nor accurate. All CFDs (stocks, indexes, futures) and Forex prices are not provided by exchanges but rather by market makers, and so prices may not be accurate and may differ from the actual market price, meaning prices are indicative and not appropriate for trading purposes. Therefore Fusion Media doesn`t bear any responsibility for any trading losses you might incur as a result of using this data.

Fusion Media or anyone involved with Fusion Media will not accept any liability for loss or damage as a result of reliance on the information including data, quotes, charts and buy/sell signals contained within this website. Please be fully informed regarding the risks and costs associated with trading the financial markets, it is one of the riskiest investment forms possible.