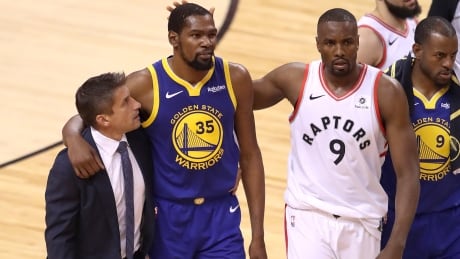 Toronto Raptors fans may have awoken a sleeping giant when some cheered at the Achilles tendon injury suffered by Golden State forward Kevin Durant during Game 5 of the NBA Finals on Monday night. And while other fans recognized the seriousness of the injury and began chanting Durant’s name, the damage was already done.