Canadian icon Gord Downie was handed the Order of Canada last week, one of the country’s highest honours, in recognition of his work on Indigenous issues.

Along with 28 First Nations, Métis and Inuit leaders, including activist Sylvia Maracle and NHL star Jordin Tootoo, the Tragically Hip frontman was honoured for raising awareness about the history of Canada’s residential school policy and for “moving the country along the path to reconciliation.”

Like many First Nations people, I appreciate our allies in the entertainment industry lending their fame in order to elevate First Nations’ voices.

This kind of activism has a rich history, such as when Marlon Brando refused his Oscar for The Godfather via Sacheen Littlefeather’s iconic speech at the 1973 Academy Awards. Or more recently, during Canadian director James Cameron tour of Canada’s controversial oilsands, when he lifted up the perspectives of First Nations fighting its expansion and the health impacts faced by Cree and Dene peoples.

But there are also countless examples where the voices of the very communities these celebrities are trying to support are drowned out, if not left out completely.

When it comes to this kind of solidarity, we must understand that these front-line voices must be prioritized.

At the Governor General’s ceremony, I saw a white man honouring another white man. One was the official spokesperson of the Queen of England. The other was being honoured for his work on Indigenous issues in a space meant for our residential school survivors and the very best of our Indigenous leaders.

To top it off, in this 150th year of Britain’s colonization of our peoples’ collective lands, the Governor General referred to Indigenous peoples as “immigrants.” Hours later, on CBC’s Power & Politics, host Rosemary Barton had four white men dissecting the incident — with no First Nations’ perspective.

Indigenous people do not need white interpreters for the world to understand our stories, our traditional knowledge or its value. The attention given to such grassroots movements as Idle No More and more recently Standing Rock has shown us this.

Settler allies can do effective work when teaching others how to increase understanding toward reconciliation and reparations with Indigenous peoples. But these allies must not take up space meant for our own front-line voices. 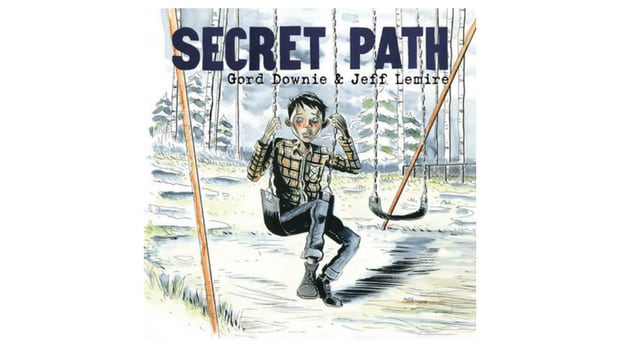 The Secret Path is a 10-song album and graphic novel about an Ojibwa boy escaping from an Indian residential school. (Simon & Schuster)

The Secret Path, Gord Downie’s album and graphic novel about an Ojibwa boy escaping from an Indian residential school, is a powerful and tragic story about one of the thousands of our children that never made it home.

My challenge to Mr. Downie is to have him push forward the stories of our living survivors: Let us speak for ourselves about our collective resilience.

Today, in this era of reconciliation, it is time for the push for social change to come from within. Our communities need inspiration and hope that comes from the narratives of other Indigenous people, in order to mobilize the rest of our population into taking mass political action.

In order to be a truly effective ally, Downie needs to widen his circle of consult on First Nations matters to be more representative than government-dependent, arm’s length institutions like the Assembly of First Nations. (These institutions tend to be much less confrontational and more pragmatic in their approach, because any national chief who has stood up to the government has had their funding slashed.)

My second challenge for Mr. Downie is centred on accountability.

At the final Tragically Hip concert in Kingston, Ont., last year, when Downie patted our Prime Minister on the back and proclaimed to all of Canada that Trudeau was the man to lead the country to reconciliation, I reeled. The photo-op was completely disconnected from the reality of so many First Nations who feel betrayed by Trudeau’s charms.

Virtually every big promise the prime minister made to First Nations on the election trail just two years ago is in shambles or broken. Trudeau has proven so far to be nothing more than a handsome Harper when it comes to equalizing circumstances between First Nations and Canadians. 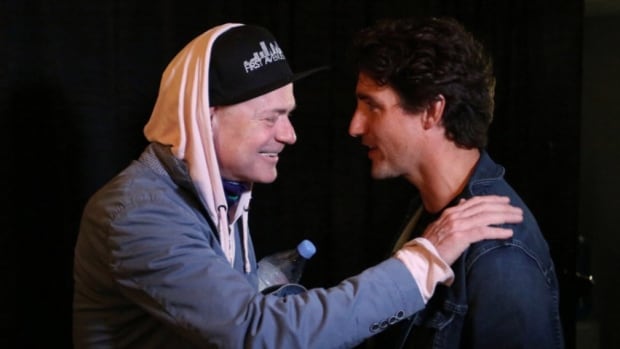 The latest Liberal debacle is proof of this. The Trudeau government is countersuing the Canadian Human Rights Commission’s ruling in favour of the iconic First Nations child advocate Cindy Blackstock, who successfully argued that the federal government was, in part, responsible for the suicide epidemic of First Nations children living in care because of chronic underfunding.

Ultimately, I write these words from a place of respect and admiration for Mr. Downie’s contributions to the reconciliation discourse. I encourage him to continue doing this hard work, including building up the capacity of The Gord Downie & Chanie Wenjack Fund, which directly supports residential school survivors.

But it’s also important to remember the difference between intention and perception; any star principally working on the issue of reconciliation as it relates to Indian residential schools must always be pushing Indigenous voices toward the microphone instead of themselves.

To my fellow Indigenous peoples, perhaps Arthur Manuel, the late Secwepemc chief and founder of the Indigenous Network on Economies and Trade, said it best: “You have to stop crying on the shoulder of the guy who stole your land.”

This column is part of CBC’s Opinion section. For more information about this section, please read this editor’s blog and our FAQ.