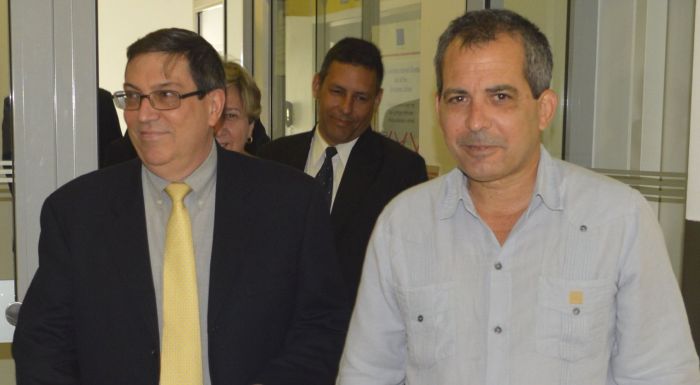 According to diplomatic sources, Bruno Rodríguez’s visit will seek to strengthen the positive relations between Cuba and Austria

According to a note, the visit will also seek to expand the links developed in the political-diplomatic and economic-commercial areas, as well as in areas of mutual interest such as education, science, and culture.

During the visit, the Cuban Foreign Minister will carry out a work program that includes meetings with the Federal Deputy Minister and Federal Minister of Justice of Austria, Wolfgang Brandstetter; with the President of Parliament, Doris Bures, and former Austrian Federal President Heinz Fischer.

The Cuban delegation is also composed of the Cuban ambassador to Austria, Juan Antonio Fernández Palacios; the director of Europe and Canada of the Cuban Foreign Ministry, Elio Rodríguez Perdomo, and the head of the Secretariat of the Minister, Barbara Elena Montalvo.

According to the communiqué, Cuba and Austria celebrated the 70th anniversary of uninterrupted diplomatic relations in 2016, in which the then federal president of the European country, Heinz Fischer, visited the Caribbean nation with a large delegation.

Go to Source
←previous next →