The naming of a new leader was supposed to be a fresh start for a newly united Conservative Party, but a growing list of complaints over the leadership vote suggests increasing malaise.

One former Conservative cabinet minister who never received his ballot calls it a “fiasco.” Other party members have concerns about who got their hands on personal data. Some in the camp of runner-up Maxime Bernier have been raising questions about the integrity of the vote itself.

Now, one particularly outspoken former candidate — Kevin O’Leary — is even demanding a recount.

And while a senior Conservative said there may be room for “tweaks,” the party is standing by the overall process, which saw record membership sign-ups and voter turnout.

“I’m extremely happy with the way this went off,” said Dan Nowlan, chair of the party’s leadership election organizing committee.

That’s not how at least one party stalwart sees it.

Jay Hill has been involved with the Conservative movement since the 1980s. He was an MP for 17 years and a government House leader and whip under Stephen Harper. He said he contacted the party three times but never received a ballot.

​In a Facebook posting he called it a fiasco. He told Rosemary Barton of CBC’s
Power & Politics that he’s been disenfranchised and would like to know where there are hundreds if not thousands in the same situation.

“​Because of the narrowness of the vote and potential question of the legitimacy of the outcome, everybody involved in the party​ should be concerned about this, and they should be trying to address it and put it to rest. There’s been enough questions raised.​”​​

Hill said his response is not sour grapes. He simply feels strongly that he and others should have been allowed to vote.​

In a separate interview with CBC Calgary News at 6, Hill said that holding another vote should not be ruled out.

“First do the analysis, and if this points to a serious problem whereby the question of the actual outcome is questioned, then yes, let’s take steps to hold another vote,” Hill told host Rob Brown.

As CBC News reported the day before the vote, Conservative MP Diane Watts only received her ballot at the last minute and said she knows others in her B.C. riding experienced similar problems.

Deepak Obhrai’s campaign told CBC News the candidate’s own daughter had to contact the party to get a ballot couriered to her at the 11th hour so she could vote.

Nowlan said he had also heard of instances where people didn’t receive their ballots in time. However, he couldn’t offer any sense of the scope of the problem.​

“Frankly, it’s disappointing if any member who wanted to vote didn’t get a chance to vote, and that’s definitely something we should look at for the future. We need to fix that.”

One possibility would be to change the party’s constitution to no longer require a mail-in ballot, said Nowlan. He’d like to see the leadership committee have options such as online voting and other technologies when the next vote is held.

Perhaps the most serious concerns raised about the vote come from Bernier’s campaign. As first reported by the Globe and Mail, Bernier’s camp has raised concerns about a discrepancy in the final ballot count. It points to a difference of about 7,000 votes in the number of ballots the party said were cast and the list of voters given to the various campaigns before the weekend convention.

However, there has been no official complaint to the party yet — and Bernier himself tweeted late Tuesday, in English and French, that he “unconditionally” supports Andrew Scheer as leader.

As I stated on election night: I support our new leader Andrew Scheer. Unconditionally.

Nowlan said he is confident in the process.

“The party did Herculean efforts to make sure that every member was in fact a bona fide member that had paid for their own membership. So the membership list to start off with is very, very clean.”

He said the lists were not an integral part of the party’s process, rather the focus was on the ballots themselves. Nowlan points out they were constantly under scrutiny from auditing firm Deloitte, scrutineers from the various campaigns and webcams. ​

“I see no reason we should not have a recount. There are a relatively few number of votes to count and I am sure that no leader or the Conservative Party wants to start a new mandate under a vote-count cloud,” said O’Leary in an email to CBC News.

That’s not possible, said Nowlan. Once the party’s chief returning officer and auditing firm Deloitte signed off on the results, a recount could no longer be done. Dozens of scrutineers were also able to raise issues during the vote count itself.

“That’s it. No appeal. It’s very clear in the rules,” said Nowlan, noting those rules have been in place for well over a year. 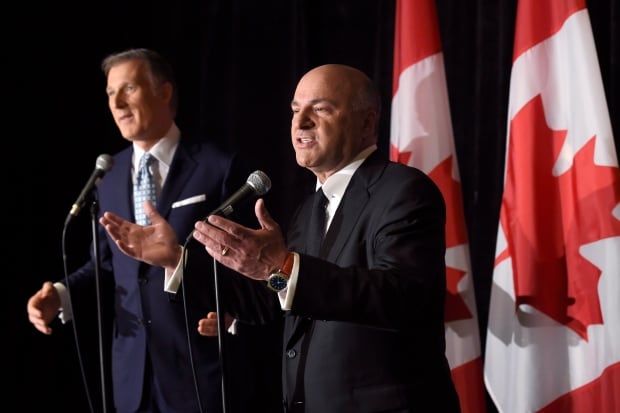 Nowlan said he is concerned about a third party gaining access to the Conservatives’ membership list. On Friday, it was revealed the National Firearms Association had obtained the list.

The party’s chief returning officer, Dave Filmon, is still investigating to find out who was behind that leak. All 14 leadership candidates have denied responsibility to CBC News.

“Frankly, we don’t want to name somebody unless we’re absolutely 100 per cent sure that the evidence clearly points to it, but if we have that evidence, yeah, we’ll definitely identify who that is.”

While Nowlan acknowledges those concerns, overall he’s satisfied with the process.

“We wound up after the leadership race having raised more money than we’ve ever raised before, with the largest membership we’ve ever had before and the largest participation of members. I think by any measure that’s a success.”

“Based on my team’s experience with the leadership election, I am very confident that the process was run fairly, ” it said.

He emphasized the importance of attacking the Liberals rather than fighting internally.

“I stand 100 per cent behind our leader Andrew Scheer and want to keep our members focused on the battle that lies ahead.”