CIBC’s CEO issued an internal staff memo Friday to address a CBC News story revealing that the bank is eliminating up to 130 Toronto finance jobs and outsourcing the work to India.

The article, which ran on Thursday, generated more than 2,000 comments on the CBC News site — many of them taking a negative view of CIBC’s decision to send the jobs overseas.

“I understand that outsourcing isn’t a popular decision,” wrote CEO Victor Dodig in the memo to employees. “It’s an emotional topic that I don’t want to shy away from because that’s not the culture that we have.”

The story only came to light because some CIBC workers facing layoffs complained to CBC News. They were particularly upset that they have to train other local CIBC employees who then train the workers in India who will be taking over the jobs.

“It feels like no one cares for us,” said one employee.

It’s not about the money

In his memo, Dodig laid out why the bank sometimes outsources jobs to other countries. Some affected employees said they believe CIBC is doing it in this case to save money — at a time when the bank had pulled in $1.4 billion in profit in the last quarter.

“It’s not as simple as you may read that it’s about cutting jobs or costs,” wrote Dodig. He said that outsourcing complements the work done by CIBC staff by helping manage peaks in demand, ensuring work can be done around the clock and helping the bank adapt to changing business needs.

“Companies that stand still don’t stand the test of time,” he said.

Dodig added that CIBC mostly outsources work to other companies in Canada. 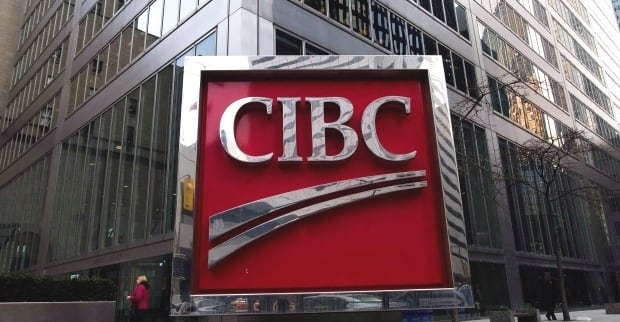 Affected CIBC staff must train other local CIBC employees who will then train workers in India to take over their jobs. (Nathan Denette/Canadian Press)

In the case of the Toronto finance jobs, the replacement workers in India are with the global consulting and outsourcing firm Accenture, which is partnering with CIBC. Affected staff will be laid off over the course of the year. Sixteen CIBC workers have already been let go.

Dodig stated in his memo that the bank has already helped almost 50 displaced employees find other work at the bank.

CIBC said last week that it had found other jobs for only 36 affected staff. Spokesperson Caroline Van Hasselt clarified Friday that Dodig was referring to a new, updated number.

“The bottom line is: We keep finding more opportunities for our people, and continue to work at it,” she said in an email.

No new jobs for us

Affected employees CBC News spoke with said they feel no one is helping them land another CIBC job. The workers asked to remain anonymous because they fear repercussions from the bank.

One person said all she’d been offered so far are some workshops on resumé writing and networking.

“Everybody’s sitting there waiting for the day that they’re going to escort us out,” she said.

She and other workers believe the only reason Dodig issued the memo was because the CBC News story has become a hot topic both within CIBC and on social media.

“He had to reply because it’s everywhere,” said the employee.

“There’s a buzz that’s been going around,” said another worker. “Not only in our office but I’ve heard in the branches as well. They’re fielding calls or visits from clients who are not happy with this [outsourcing].”

Besides explaining its rationale for outsourcing, the memo also tried to soften the blow for employees who do end up losing their jobs.

Dodig said that they will receive transition support and that the bank is “committed to treating them fairly and with respect.”

“We wouldn’t be where we are today without them,” he wrote.

The employees said they don’t feel any better after reading the memo.

“I just thought it was a bunch of crap,” said one worker.