Canada has a new climate change ambassador — and she’s a Cape Bretoner.

Jennifer MacIntyre was appointed to the position a week ago following a term as a top executive with Environment and Climate Change Canada.

Before that, she had been Canada’s ambassador to Switzerland and Liechtenstein.

MacIntyre’s interest in government affairs began at Riverview Rural High School in Coxheath, N.S., when she signed up for an elective course known as modern world problems.

Her idea was that it would serve as a “filler” to round out her academic program, but as it turned out, it triggered an acute interest in public policy and all aspects of how government works.

“That was the beginning,” she said. 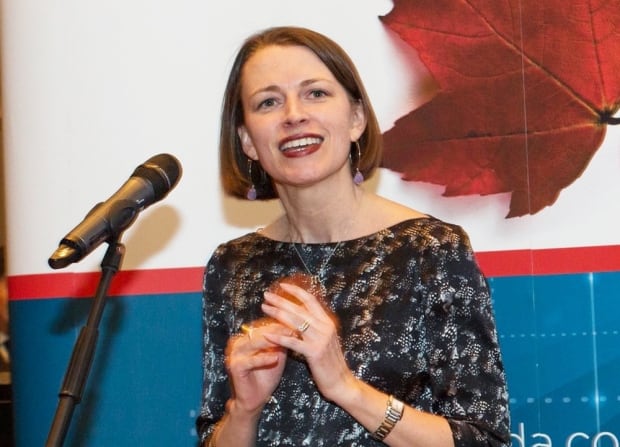 Despite earning a journalism degree from Carleton University in 1997, her passion for public affairs took over. She was accepted into the parliamentary page program and it wasn’t long before she began carving out a career in the diplomatic service, where she has worked for the last 15 years.

She has served as special assistant to the prime minister and was responsible for international visits and summits. In 2003, she joined the former Department of Foreign Affairs and International Trade.

MacIntyre said she’s excited to represent Canada in her new role as the country’s first climate change ambassador since the Paris Agreement was signed.

“I’m absolutely charged with getting out there, working with Canada’s network of diplomats all around the world to build partnerships to fight climate change with our international partners,” she said.

She said her mandate also includes working with Canadian businesses to help them take advantage of economic opportunities created by the fight against climate change and the resulting “clean growth economy.”

Although her work involves problems on a global scale, MacIntyre is well aware of how those troubles apply to where she grew up in Nova Scotia.

“I talk to my family in Main-a-Dieu on the shoreline near Louisbourg and they’ll tell you that climate change is happening in our community where we see lots of soil erosion. There’s no more ‘ice clampers’ in the harbours in the winter,” she said.

“Something that has struck me as I’ve been contemplating this new role is that climate change is real for everybody — and that includes Cape Bretoners,” she said.