The federal government is set to reveal Canada’s next governor general Thursday with an announcement outside the doors of the Senate.

Multiple officials say that Prime Minister Justin Trudeau will make the announcement himself, and is expected to be flanked by the new viceregal just as Gov. Gen. David Johnston stood alongside Stephen Harper when he was tapped for the job in 2010.

Sources say Trudeau informed the Queen during an audience with her last week of his recommendation to the post.

Johnston’s term is set to expire in September, after Harper extended it by two years ahead of the 2015 federal election.

The identity of his replacement has been a closely guarded secret with few in Ottawa in the know about who will become the 29th person to hold the position.

Sources are telling The Canadian Press and others that astronaut Julie Payette is among the top contenders.

Traditionally, the viceregal job rotates between anglophones and francophones, with all indications pointing to a francophone filling the portfolio beginning this fall. 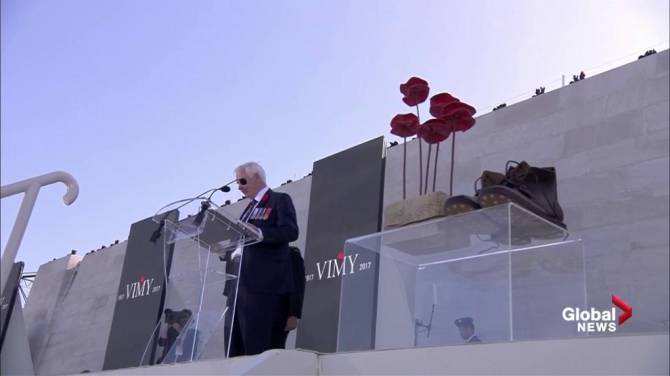 Johnston, who had a long career in academia, was chosen for the position off a short list presented to Harper by an ad hoc committee of experts struck with the express task of selecting a non-partisan person with constitutional knowledge.

At the time, Harper had a minority government and so who held the post of governor general was essential to maintaining the stability of government.

The names of those on the selection committee weren’t published until after Johnston’s nomination, but Harper would go on to make the committee a permanent body, saying a process to ensure a non-partisan approach to appointments was important.

When asked late last year how he’d pick the next governor general, Trudeau was noncommittal about what process he would use.

“I’m not going to change things just to reinvent the wheel,” Trudeau said in a year-end interview with The Canadian Press.

“If there is a good process that we can improve by making (it) more open and transparent and more diverse, that I will probably do.”

Johnston is currently on a visit to China, and is expected to have an audience with the Queen next week when he travels to the U.K. for Canada 150 events, likely marking the last time he will sit face-to-face with the monarch he represents.

In his farewell speech on Canada Day, Johnston said he has learned much in his seven years on the job.

“These are challenging but exciting times,” he said.

“And together we can show the world what a great country looks like. To me it looks like Canada, a country that strives, always, to be smarter and more caring – to do better, together.”