Prime Minister Justin Trudeau says it will be business as usual for Canada and Cuba despite a renewed hardening of relations between the Communist island nation and the United States.

Trudeau commented today after U.S. President Donald Trump announced a rollback of the Obama administration’s easing of relations with Cuba.

President Trump outlines conditions under which he will lift Cuba sanctions 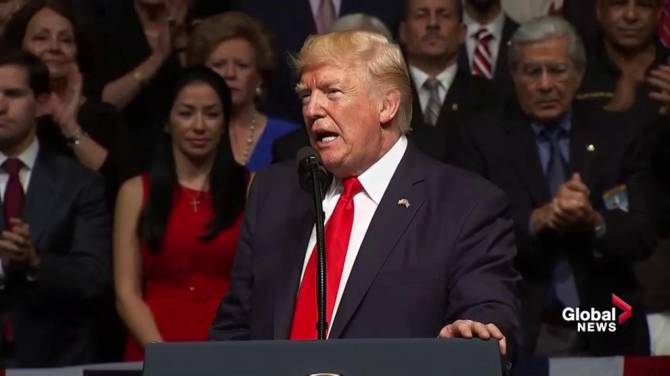 While noting that Canada has long turned a softer eye toward Cuba than American governments, Trudeau said he doesn’t expect the renewed U.S. economic and travel restrictions will hurt Canadian business and tourism ties with Cuba.

Trump complained during a speech in Miami today that Cuba had secured far too many concessions from the Obama administration, and announced that penalties imposed on Cuba would remain so long as the Raul Castro government held political prisoners, abused dissidents and restricted freedom of expression.

The prime minister said he had not spoken with Cuban officials about what role Canada might play in helping foster a better U.S.-Cuba relationship.

Trudeau spoke after a meeting with the prime minister of Belgium, in which two leaders discussed further strengthening of trade ties between Canada and the European Union.