It’s no secret that Montreal Mayor Denis Coderre has gone big with the city’s 375th birthday.

With hundreds of parties throughout the year and millions put toward legacy projects, Coderre has made the milestone a priority as he heads toward this year’s municipal election in November.

The celebrations for Canada’s 150th, by comparison, have been more modest in scope.

While it’s difficult to compare outright, the total costs of Montreal’s 375th projects add up to almost $1 billion, while Canada’s 150th, which involves fewer large-scale legacy projects, has a price tag reported to be around $500 million.

Why Canada may have been prudent 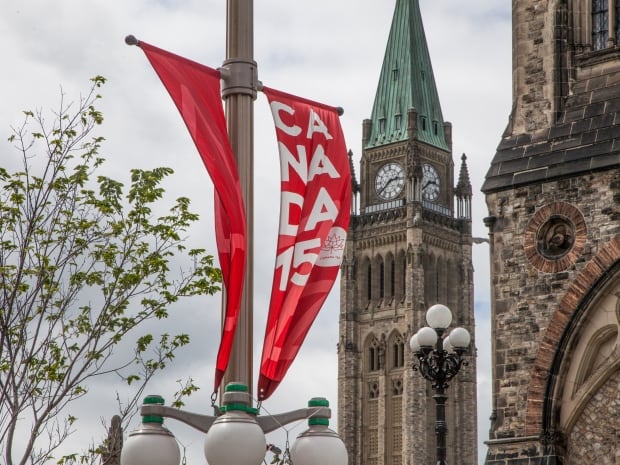 Canada kept it relatively low-key for its celebrations, with the Liberal government opting to focus on multiculturalism. (Mike DePaul/CBC News)

Jack Jedwab, president of the Association for Canadian studies and of the Canadian Institute for Identities and Migration, believes Canada’s “fiscal prudence … reflects the mood of a lot of Canadians right now.”

He says that might be due to past spending improprieties, such as the federal sponsorship scandal.

“The same prudence, I think, wasn’t exercised in Montreal’s case,” he said with a laugh. “You know, our mayor likes to think big.”

Whether you’re comparing Montreal’s overall $1 billion or just the $110 million devoted to celebrations, Projet Montréal councillor Alex Norris says it’s all too much.

“They key fact is the comparison between the overall figures. If the entire country spends half of what the city of Montreal is spending to celebrate an anniversary, something’s badly out of whack,” he said. 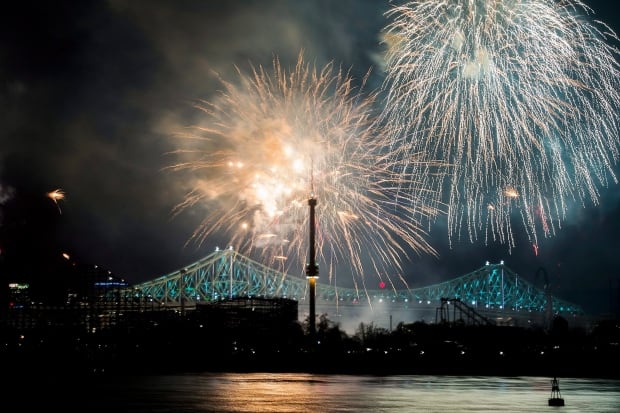 Fireworks explode over an illuminated Jacques Cartier Bridge during its first 375th bash May 17. The project to light the bridge cost $39.5 million.

Montreal: According to Montreal’s 375th Anniversary Celebration Society’s website, there are 691 events for the birthday throughout the year. The society was allocated a budget of $110 Million, plus a $250,000 emergency fund.

It organized the anniversary’s inauguration bash on the city’s founding date, May 17. Coderre called for a re-do after a police union protest interrupted the first, but wouldn’t reveal the cost of either.

Canada: Canada’s 150th celebrations website also lists year-round happenings, 610 of which are “community events” and 38 of which are “signature events.”

The federal government is spending a total $200 million on events: $100 million for community events; $80 million signature events, such as the Walrus Talks; and $20 million on major events, including Parliament Hill weekend, costing $2.5 million. 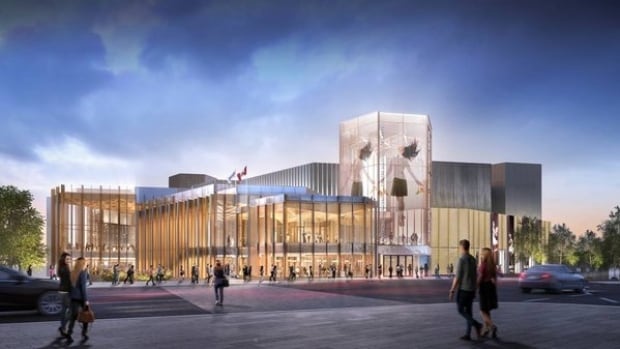 Montreal: The total cost of the city’s legacy projects adds up to more than $800 million and Montreal is using $300 million from its municipal budget to help fund the projects.

That includes the lighting of the Jacques-Cartier at $39.5 million, building a new amphitheatre in Parc Jean-Drapeau for $73.4 million, and a $78-million update for the Old Port’s Alexandra Pier.

The biggest legacy project is a $110.5-million addition to the National Arts Centre in Ottawa.

Montreal: The Jacques Cartier federal bridge corporation said 400,000 people watched the May 17 light show near the bridge and 1.8 million watched on TV or online. As for the rest of the year, Montreal said it’s expecting 11.2 million tourists to visit the city in 2017.

A thousand people worked or were consulted on 375th festivities over the past for years, the celebration society says.

Canada: Another 400,000 people were expected for the festivities on Parliament Hill Canada Day weekend, though it`s unclear yet how many attended. The capital anticipates about 10 million people will visit this year.

Montreal: A Radio-Canada analysis found that Montreal is paying 41 per cent of the $1 billion the 375th is costing, while the Quebec government is paying 32 per cent of it, and Canada five per cent.

The remaining 22 per cent is being covered by private enterprises, the Communauté métropolitaine de Montréal and the Port de Montréal.

Canada: The $500-million budget is funded by the federal government, but some provincial governments have set money aside to support projects in honour of the 150th as well.