Kielly Garrett, 34, was checking her eligibility for a business grant when she stumbled onto scam site .

Kielly Garrett, 34, and her husband had just bought a ute and were about to start their own business.

Having heard of a number of business start-up grants, Garrett hopped onto Google, searched for New Zealand Government grants and clicked the first link on the list.

She found a website with a helpful list of New Zealand business grants with branded video testimonials from New Zealanders who had been successfully helped by the scheme, and filled in some details to see what she was eligible for. 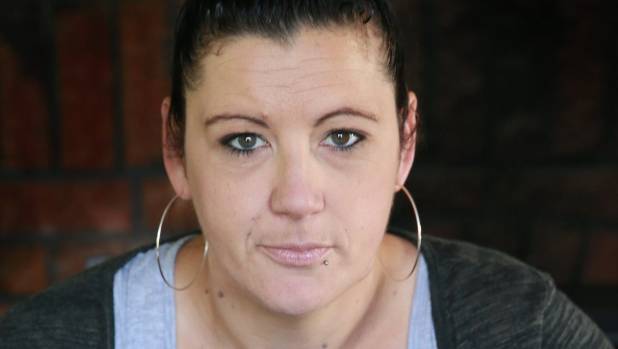 Kielly Garrett, 34, was checking her eligibility for a business grant when she stumbled onto scam site

“Within 15 minutes they’d rung me, they sold me a dream.”

​”She’s like you’ll need insurance’ and all these things I hadn’t even thought of and I was like ‘oh, you’re onto it!'”

According to the website Garrett had found – NZFundingGrants.org – Garrett was eligible for start-up financing of $10,000.

“They were telling me they’d take this admin fee and I said ‘oh yeah how much is that?’

Garrett started getting a sinking feeling as soon as she had submitted her debit card details – she immediately had second thoughts.

She checked online and discovered she was one of hundreds, possibly thousands, who had been scammed since 2013 by the so-called New Zealand Government Grants Department, New Zealand Small Business Assistance Centre, and two other incarnations centred around the domain names nzfundinggrants.org and nzgovernmentgrants.org.

“These are the things our government should be stopping, or find out where it’s coming from because these people are nasty people.”

Garrett phoned up her bank to tell them she had unwittingly given her card details across to a fraudster and they told her somebody in Canada had attempted multiple withdrawals of $400 using the account name of an Australian Grant scheme.

The Commerce Commission, who investigated the scam, declined to be interviewed for this story but provided a statement saying the scheme had been the subject of an array of measures after the end of their investigation in 2015 including notification to the New Zealand Bankers’ Association and meetings with representatives of New Zealand’s main banks.

They even raised the issue with Google, the owner of YouTube, where the site’s videos, all of which have been taken from other New Zealand sites, are hosted.

The New Zealand Bankers’ Association said they “haven’t received any recent notifications about this particular company.”

NetSafe director said Canada was not often a jurisdiction people associated with scams, but while “chasing the money” used to be a good way to stop such crimes that wasn’t so in the era of “blackmailed money mules”.

“Every one of those people that was moving that money through the grant scheme could actually believe they’re part of a job.”

One reason the scam has been running for so long is because no other simple website exists listing grants New Zealanders are eligible for.

Stefan Prodon, of Ministry of Business, Innovation and Employment’s R9 Accelerator, stumbled onto the scheme as part of his work setting up Heronhub.com, a website which will provide a centralised location for all New Zealand business grants.

“People tend to click the thing that’s at the top, that’s just a fact, and if they pay that much for Google AdWords they’re going to be at the top.”

According to Prodon, their main scam-artist competitors sometimes spend over $1200 a day trying to maintain their placement on Google.

“If they’re paying $50 a click it wouldn’t be financially viable for them if they weren’t getting their money back.”

“It’s quite frustrating for us as a government agency trying to get on top of Google because we’re not going to pay $50 a click.”

Garrett, for her part, says she “can see how they’d get away with it”.

“What am I supposed to report? They tried to take my money because I willingly gave them my credit card details?

“This is why I never keep money on my DebitPlus card.”