Alberta’s Geoff Gyles is driving up the Alaska Highway this weekend, en route to Whitehorse. 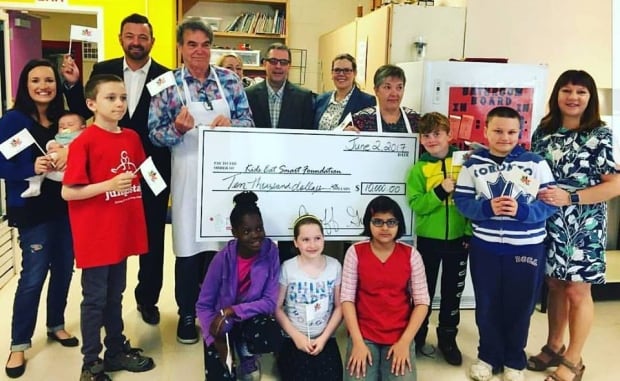 “I thought it was a good moment in time to take a look at one problem that faces all of Canada, which is the hunger problem,” said Gyles from Canmore, Alta., who started Journey to End Hunger to raise awareness of child hunger in Canada.

An estimated 1.1 million children face food insecurity in communities across Canada each year, according to Food Banks Canada.

“It couldn’t have come at a better time,” said Tristan Newsome at the Whitehorse Food Bank, which is gearing up for a busy summer.

“We couldn’t be any more grateful for the donation.”

After working in agriculture for more than 40 years, Gyles said he wanted to “refocus.”

“As a kid, watching TV, you’d see these programs where there’s people starving in many different countries around the world,” recalled Gyles. “The reason I went into agriculture originally was to help.” 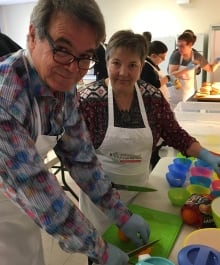 ‘I thought it was a good moment in time to take a look at one problem that faces all of Canada, which is the hunger problem,’ Gyles said. (Submitted by Geoff Gyles)

Gyles said he got distracted over the years, with family (he’s a father of four) and running his business. His interest in world hunger took a back seat.

“I lost sight of those things for a moment.”

Gyles hopes that this project will encourage more Canadians to donate to food banks and food-related charities, or even to contact their local MP or member of the legislature about solving the hunger problem in Canada.

Oai Truong, owner of Bounce Design Inc., which created Gyles’s website, has worked with him for over eight years and describes him as someone who “never really wanted a spotlight.”

She said his dedication to the project, and the cause, is genuine.

“I have a lot of clients in the non-profit industry, and often you get millionaires signing a cheque and handing them to organizations.

“But for him to take the time to visit these organizations … to meet the people on the ground, I think that’s pretty admirable.”

The project is also allowing Gyles to fulfil his lifelong desire to drive across Canada. His trek started in St. John’s at the beginning of June and then swung to the West.

After Whitehorse, he’ll drive to Yellowknife. Then he’ll head to Ottawa for Canada Day, and on to Quebec and the East Coast. 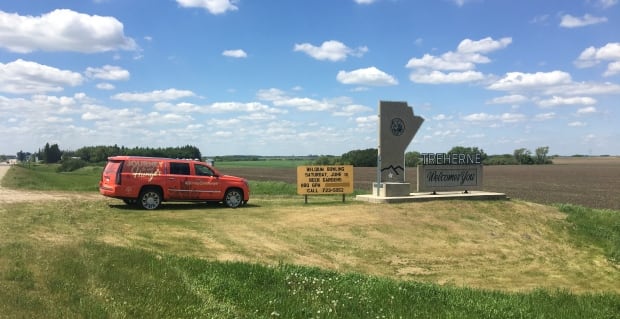 The Journey to End Hunger vehicle will be auctioned off after Gyles completes his project, and the proceeds will go to a national charity. (Submitted by Geoff Gyles)

Gyles will end the cross-country tour in Nunavut — the place with the highest food insecurity rate for any Indigenous population in a developed country.

A quarter of Inuit preschoolers are severely food insecure, and of those children, 76 per cent skip meals and 60 per cent have gone a whole day without eating, according to a 2014 report by the Canadian Council of Academies.

In total, Gyles will donate $150,000 to all 13 capitals as well as Toronto and the national Breakfast for Learning program.

At the end of his tour, Gyles plans to auction off his vehicle and donate the proceeds to charity.